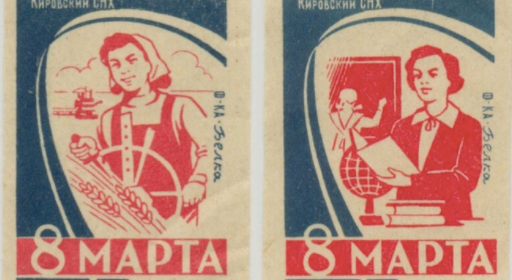 During the Cold War, the Soviet Union would often boast about its record on women’s rights. The USSR made abortion legal in 1955, putting it lightyears ahead of rival superpower the US, which has still yet to grant women access to abortion in many of its states. The reality is that women were far from equal within Soviet society, and in any case, the USSR wasn’t exactly fertile ground for freedom of choice. Russia has however had one lasting legacy on the global movement for women’s rights in that it is one of the birthplaces of International Women’s Day.

Just before the outbreak of WWI, Russian women marched for peace. It was the last weekend of February in Russia, which translates to March 8th on the Gregorian calendar, and the date has been used to celebrate International Women’s Day ever since. Within a year the movement had gone international. On March 8th 1914 women including Sylvia Pankhurst marched from Bow to Trafalgar Square in support of women’s suffrage.

The day has an important place in Russian history too. On February 23rd (March 8th on the Gregorian calendar) 1917 Russian women went on strike over poor factory working conditions and mounting Russian WWI deaths. The strike was the catalyst for wider protests against the Russian monarchy, and four days later the Tsar abdicated. The provisional government went on to grant women the right to vote. Similar movements had existed throughout the early 20th century. In 1909 the Socialist Party of America launched National Woman’s Day (NWD) within the United States.

During the Cold War, a narrative was created that claimed that the original NWD commemorated a women’s workers protest in 1857, but researchers have shown that this was done to detach International Women’s Day from its Soviet history.  In 1910 women at the International Conference of Working Women in Copenhagen proposed a universal day each year in which they could press for their demands for women’s rights, suffrage and equality.

The first iteration of International Women’s Day was honoured in Austria, Denmark, Germany and Switzerland in 1911. Post-1917, IWD existed primarily as a communist holiday. Chinese communists commemorated the day as early as 1922, and the CCP made IWD a public holiday soon after it took control of the country in 1949.

The day was revitalised in the West when it was picked up on by second-wave feminists in the 1960s. Throughout the late 60s and 70s, women’s groups seized the day to push for equal rights, equal pay and reproductive rights. In 1975, which was International Women’s Year, the UN officially began celebrating the day. In 1977 UN member states were invited to officially proclaim March 8th International Women’s Day. Today, women’s day celebrates the accomplishments and lives of all women around the world. It continues to push for equality in a world which is still so imbalanced when it comes to gender parity.